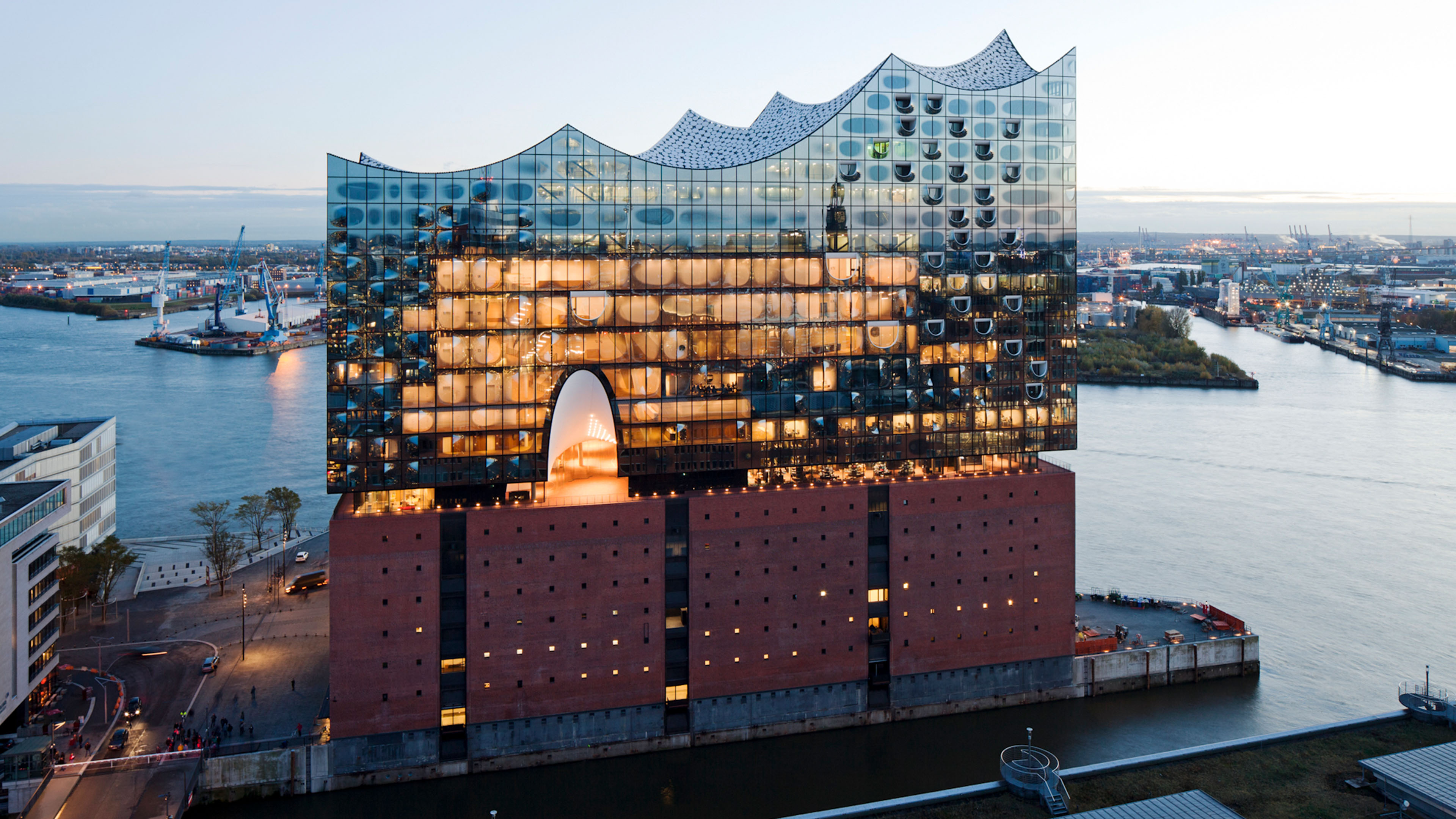 If you are an architecture enthusiast, here you will find the TOP 5 structures and spots you must visit while travelling.

This hotel/residence/office building combination is amazingly created with red aluminum mesh that envelopes the building. It also intertwines with green plants and brightly colored flowers that provide shelter for animals of all kind. However, with its large, bright interior and grand sky gardens, it make a nice space for humans as well. 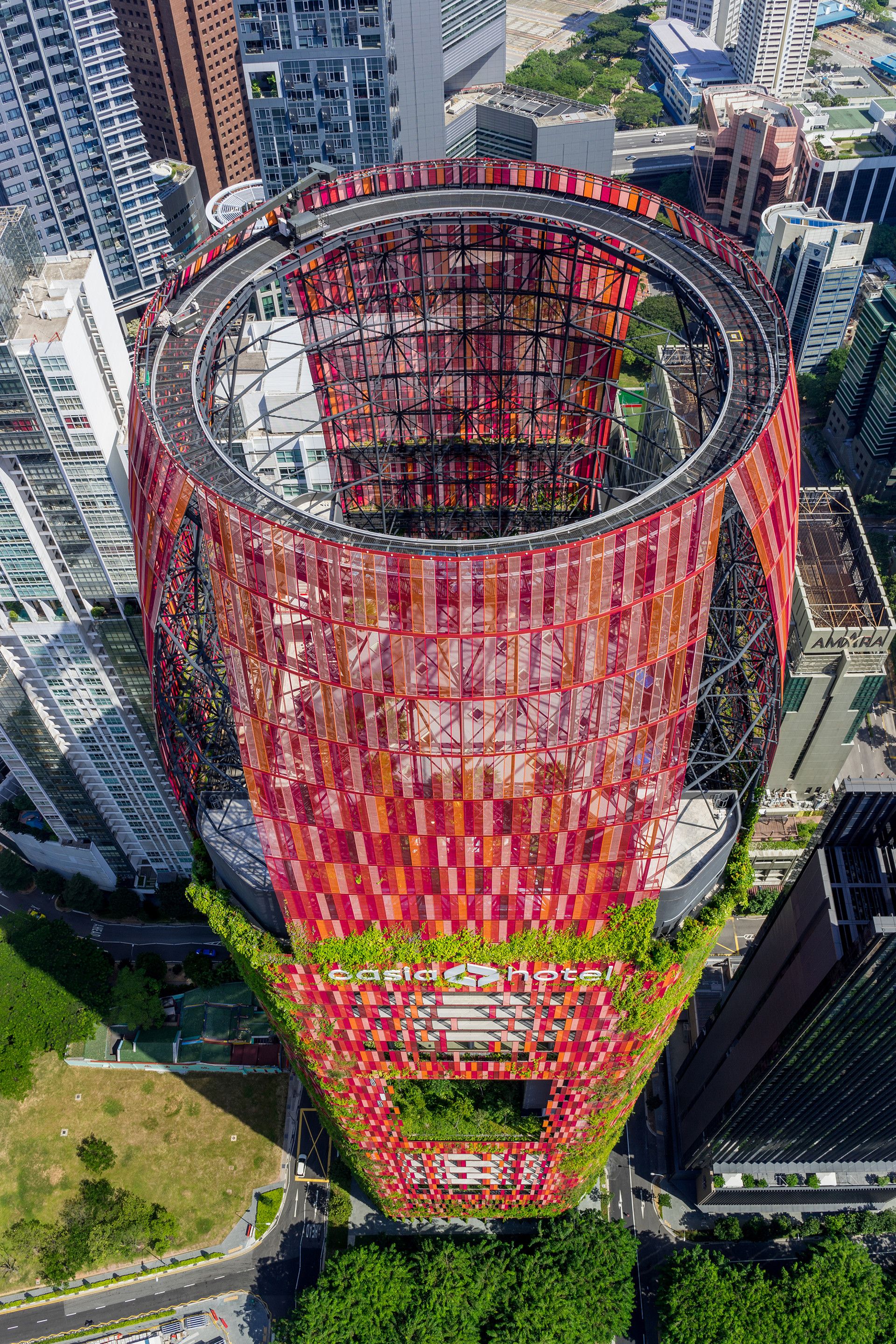 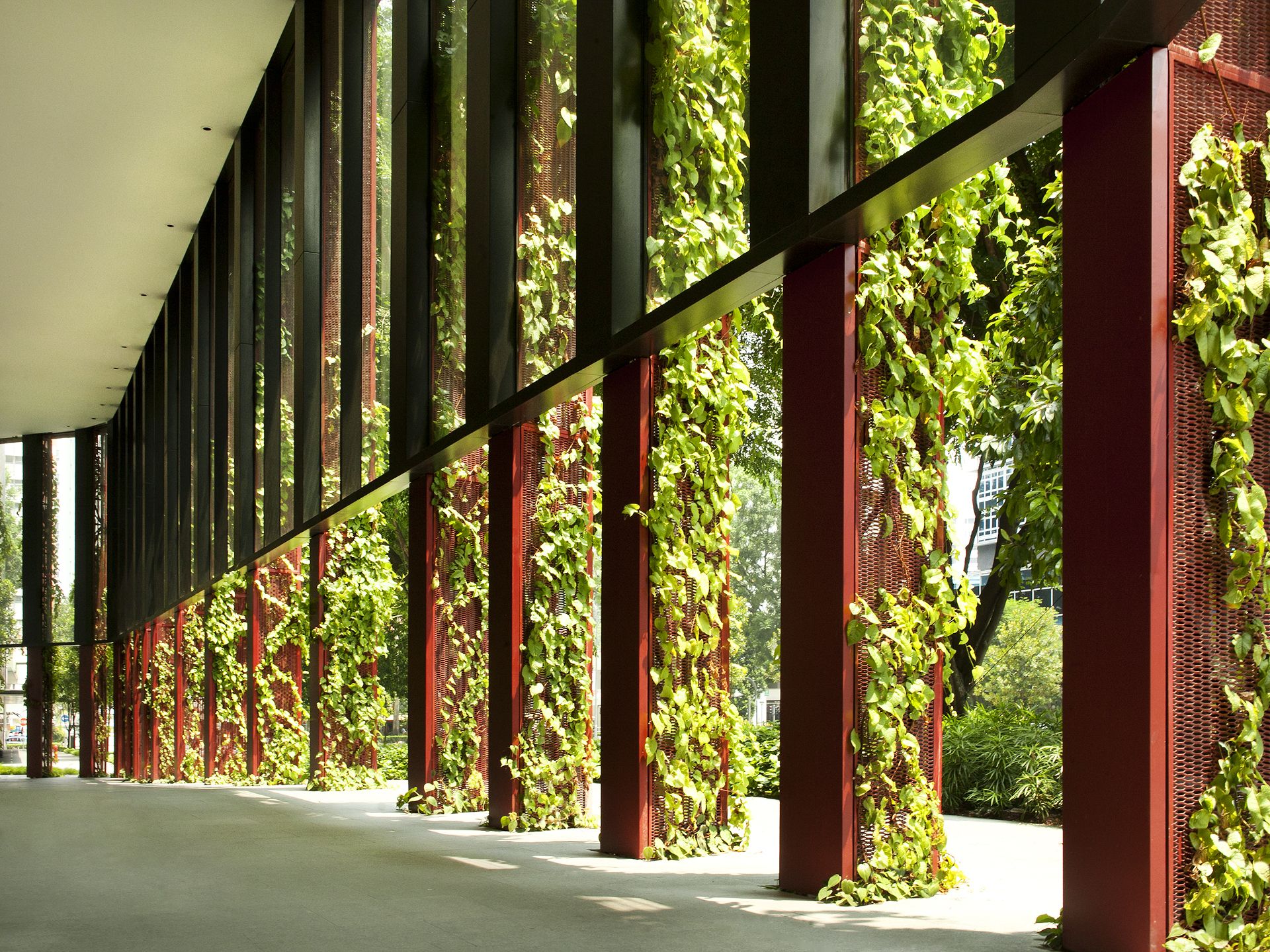 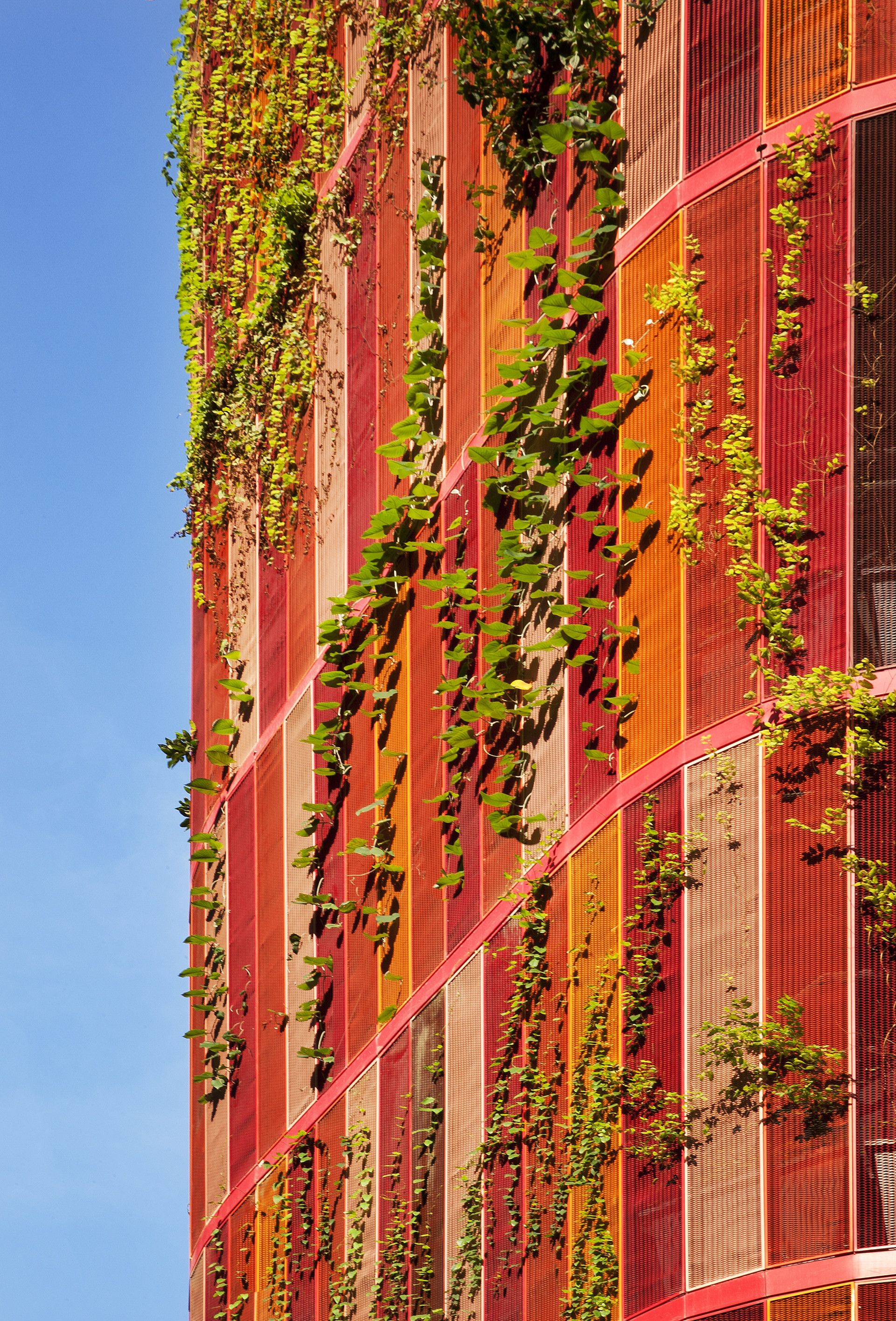 This museum is considered one of the most symbolically important buildings of the year. The building was designed to represent African Americans ascent out of bondage and injustice and their rise towards a better and equal life. The museum experience begins in the building’s subterranean lower levels and ascends toward the upper floors. Lead designer David Adjaye calls it “narrative construction”.

It’s an architectural approach also embodied in the museum’s façade, a three-tiered, trapezoidal structure inspired by the staggered crown of an early 20th century Yoruban sculpture. 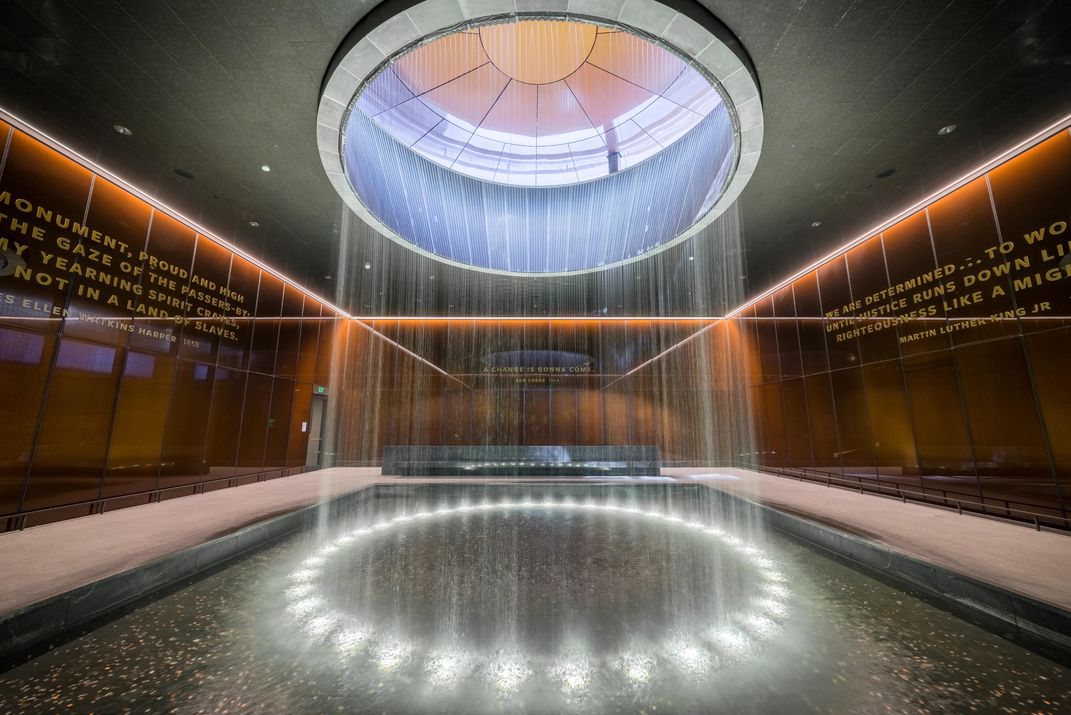 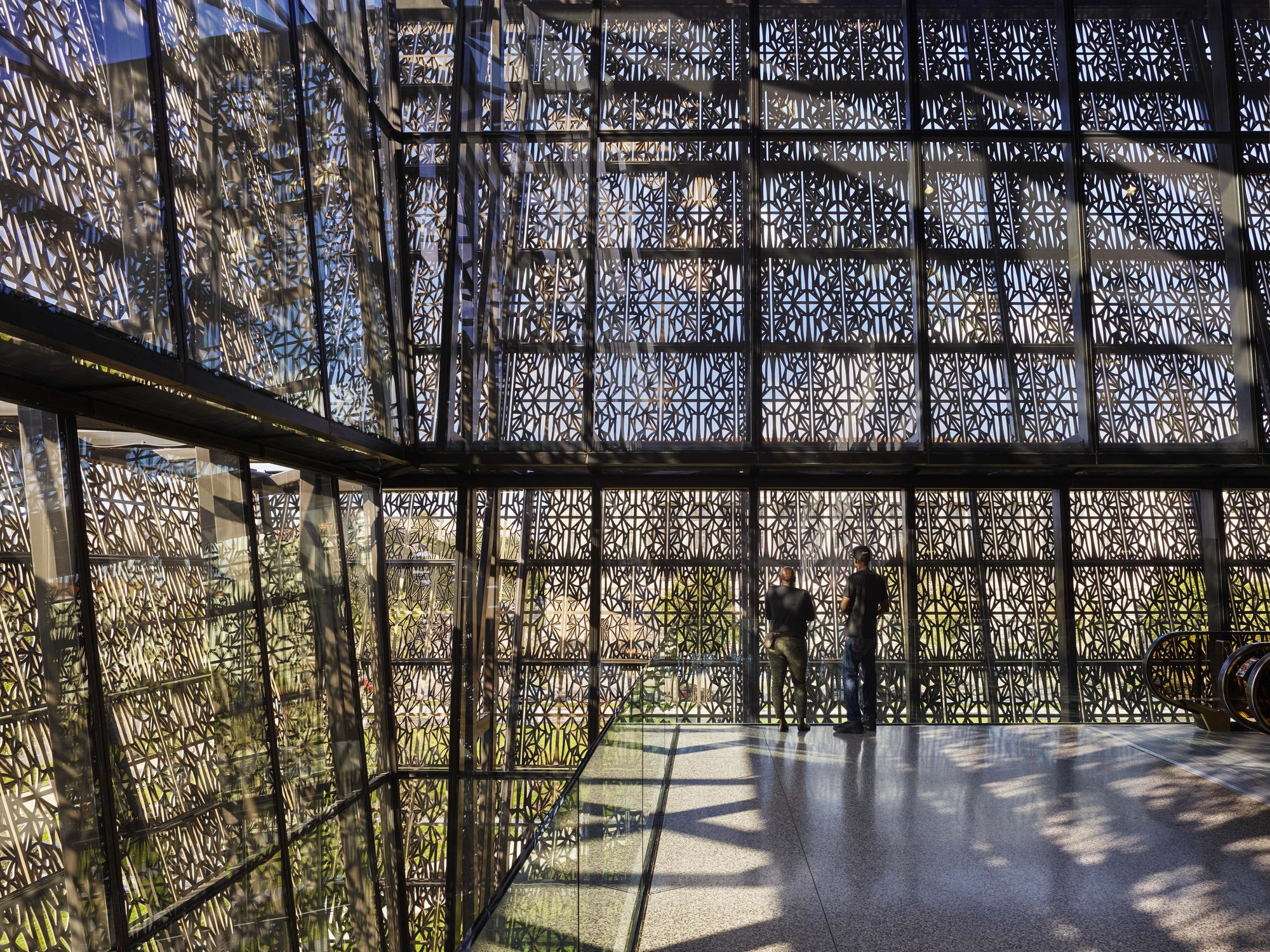 Faena Forum was designed with intricate geometric windows installed and divided into two volumes. One is a cube that houses meeting rooms, a black box gathering space, and a 40-foot atrium. The other is a spiraling cylinder that accommodates gathering spaces, meeting rooms, and a dome. At the ground level a wedge from the cylinder has been carved out to form a plaza along Collins Avenue. 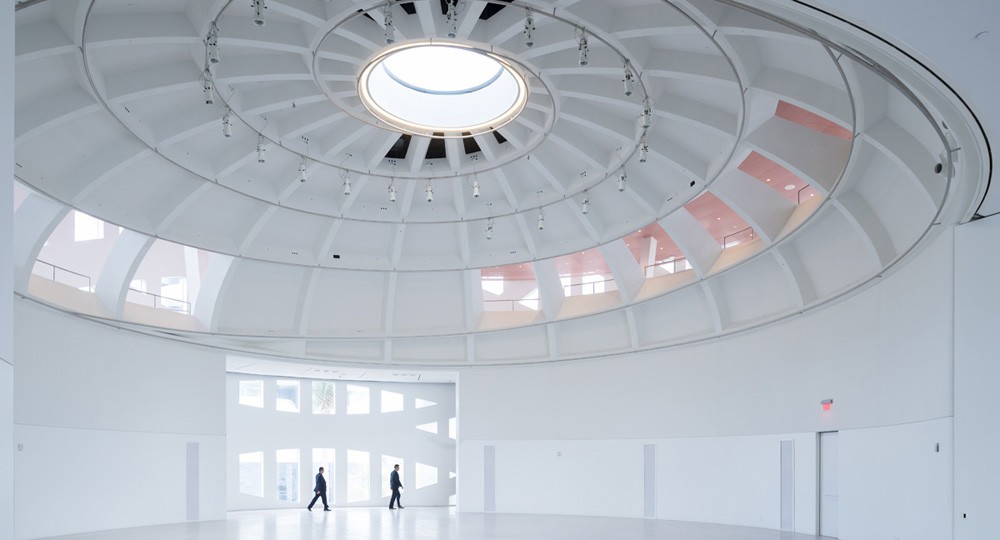 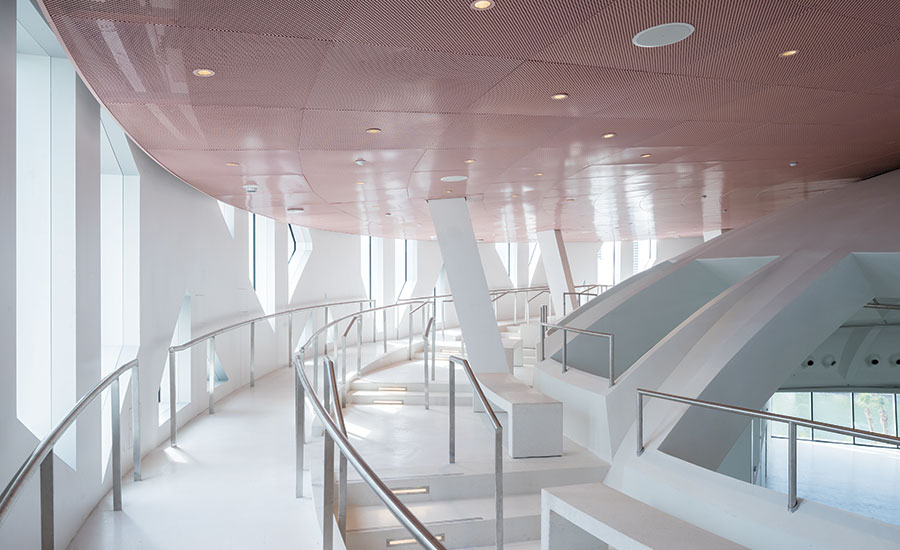 This incredible structure went through a 10 year process to construct. This tent-shaped, mirrored, glass-clad concert hall is perched atop a historic brick warehouse along the Elbe River. The building also contains a chamber music hall, restaurants, terraces, a large raised plaza, apartments, and even a hotel. 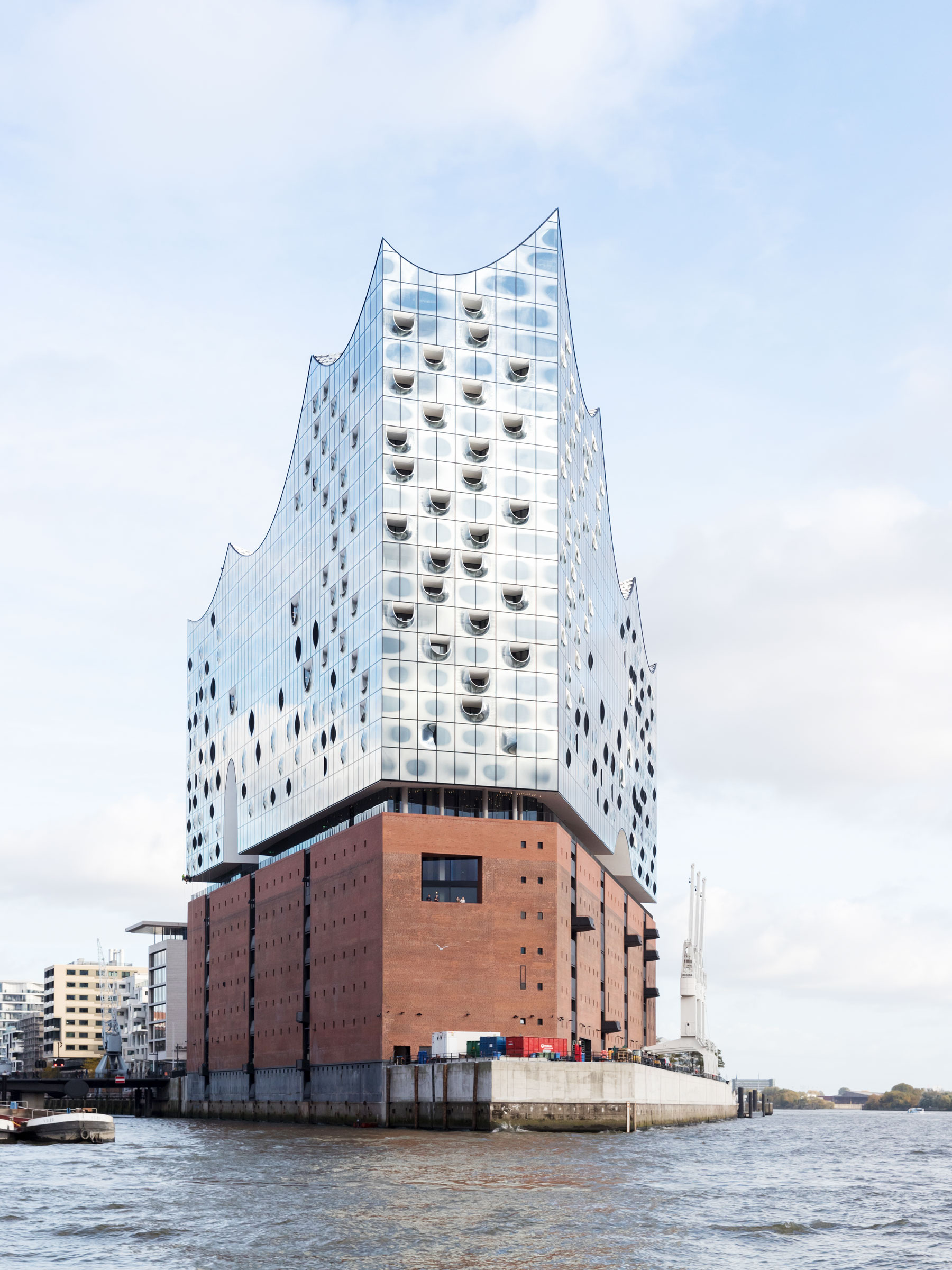 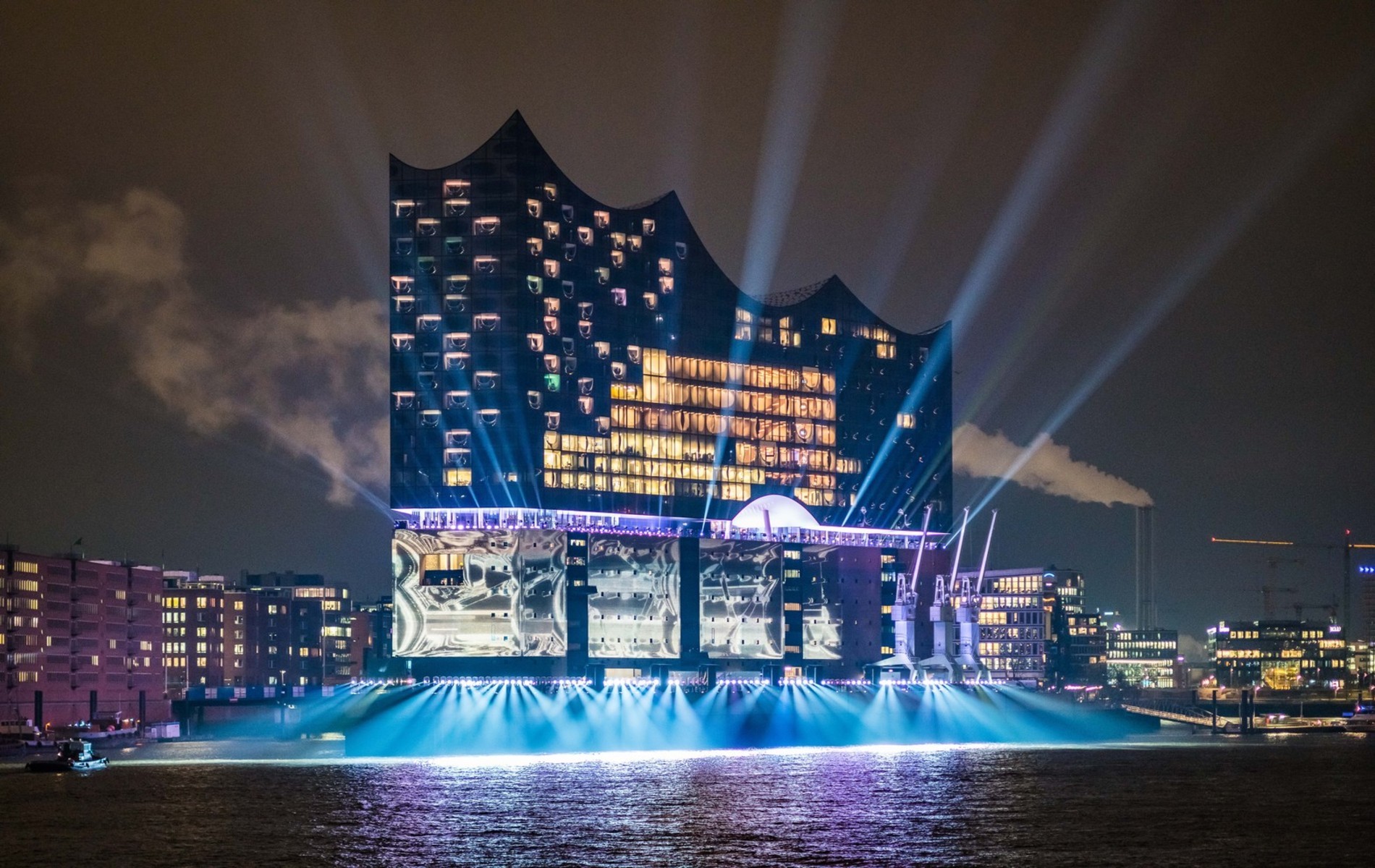 BIG’s greatest gift is its ability to contort and adapt building envelopes to their sites, and its Via West 57, a tetrahedron-shaped Manhattan apartment tower, is no exception. The design wraps, pyramid-like, around an internal courtyard bathed in natural light. It’s a combination skyscraper-courtyard building. 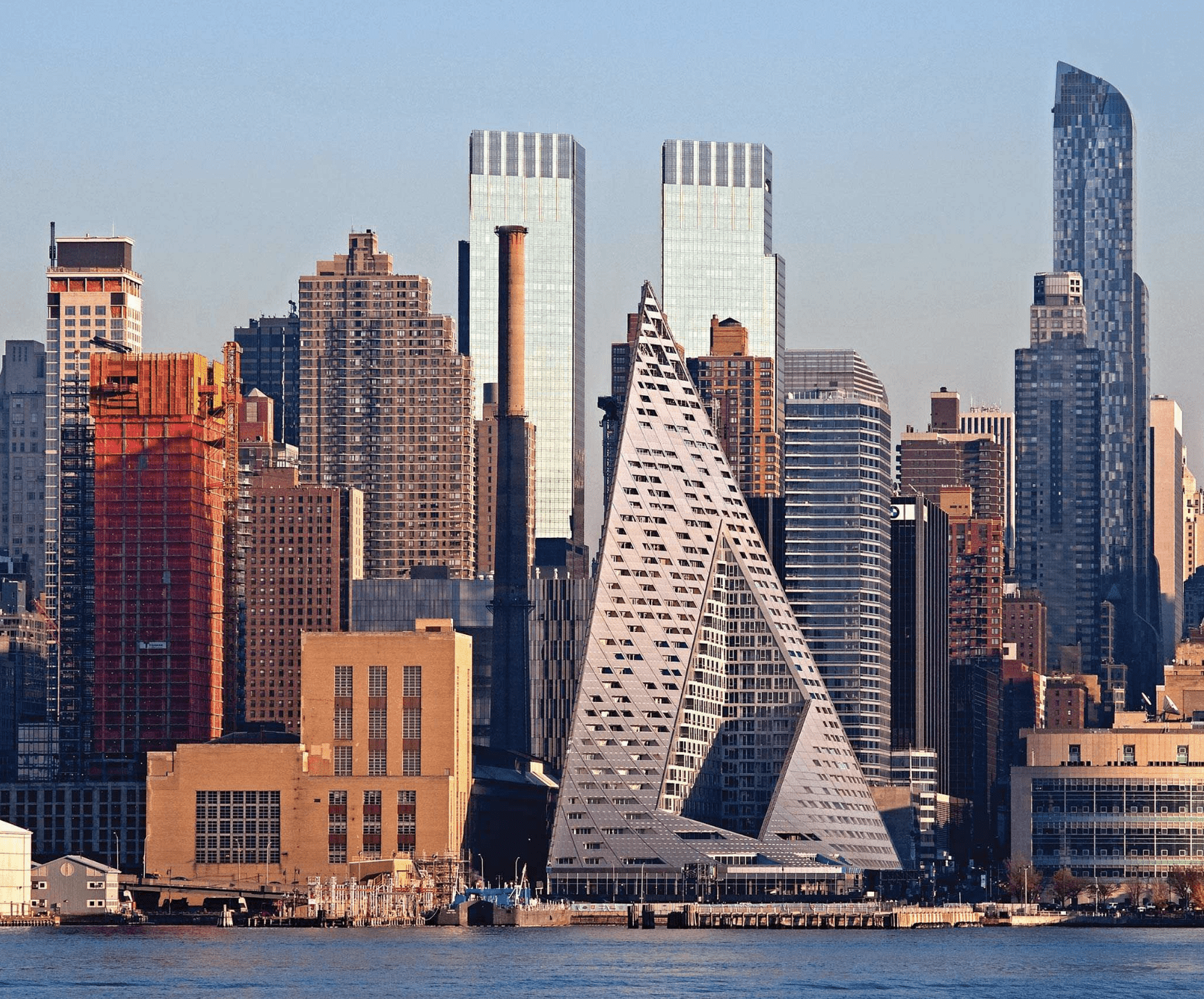 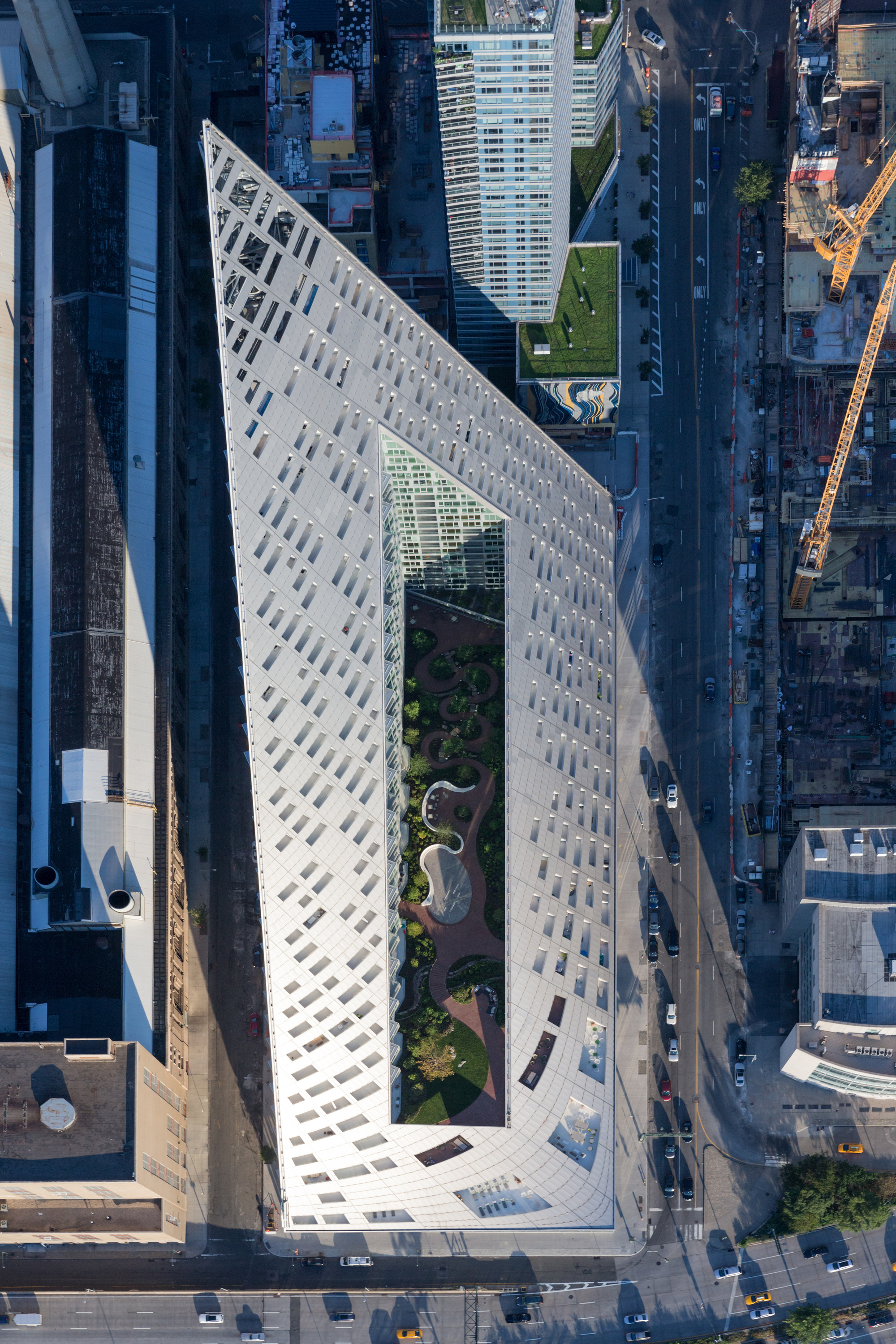