Arata Isozaki the japanese architect has won this year’s Pritzker prize, the highest award for architecture.

The Pritzker Architecture Prize is awarded annually “to honor a living architect or architects whose built work demonstrates a combination of those qualities of talent, vision and commitment, which has produced consistent and significant contributions to humanity and the built environment through the art of architecture”

Founded in 1979 by Jay A. Pritzker and his wife Cindy, the award is funded by the Pritzker family and sponsored by the Hyatt Foundation. It is considered to be one of the world’s premier architecture prizes and is often referred to as the Nobel Prize of architecture.[

Isozaki Was born 23 July 1931 is a Japanese architect from Ōita.

He graduated from the University of Tokyo in 1954 and worked under Kenzo Tange before establishing his own firm in 1963. His early projects were influenced by European experiences with a style mixed between “New Brutalism” a “Metabolist Architecture.

In 2005, Arata Isozaki founded the Italian branch of his office, Arata Isozaki & Andrea Maffei Associates. Two major projects from this office include: the Allianz Tower CityLife office tower, a redevelopment project in the former trade fair area in Milan. Isozaki has been described as an architect who refuses to be stuck in one architectural style, highlighting how each of his designs is a specific solution born out of the project’s context. 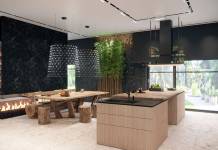 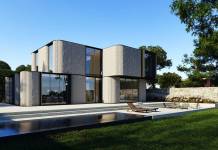 India Unveiled the World’s Tallest Statue in the World